As the number one overall pick of the 2011 NFL Draft, Cameron “Cam” Newton did not disappoint the Carolina Panthers and NFL fans who eagerly awaited his debut.  In his very first two games, Cam set the NFL quarterback rookie record by passing for over 400 yards (422 yards).  Cam after that, set NFL rookie records by having the most combined touchdowns (35); most combined yards for a rookie in NFL history (4,784 yards); being the first NFL rookie to pass for at least 4000 yards; first and only rookie to pass for 4000 yards and to rush for more than 700 yards.  He capped off his rookie season by claiming the 2011 NFL Offensive Rookie of the Year Award. Cam continued his dominating play by taking the Carolina Panthers to Super Bowl 50 against the Denver Broncos in 2015.  During that same year, Cam was awarded his first AP NFL MVP Award, becoming the second African American Quarterback to do so (Steve McNair – 2003).  Cam continued his career excellence by playing at a Pro Bowl level (2011, 2013, and 2015); and setting an NFL record with Carolina Panthers in each of his first nine NFL seasons (2011-2019).  Cam had a one-year stint with New England Patriots (2020) and returned to the Carolina Panthers for the 2021 NFL season. 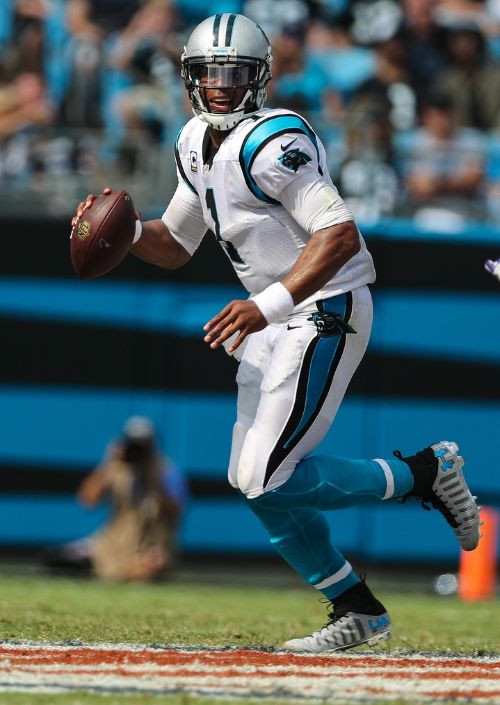