Considered by many NFL pundits, players, and fans alike as one of the greatest NFL wide receivers of all time, Randy burst upon the scene as the 21st overall pick of the 1998 NFL Draft.  Randy’s impact was immediately felt, as he set the rookie record, which still stands today for most touchdowns by a rookie (17).  Randy’s vertical speed and height made it difficult for any opposing defender to limit his production.  He was hailed by many as the “new-age” prototypical receiver at the turn of the century.  Randy’s greatest statistical season came in 2007 when he hauled in a current NFL record 23 receiving touchdowns.  To date, Randy holds 24 NFL receiving records, which include but are not limited to most games in a season with at least two (2) touchdowns (8 – 2007); Most touchdowns scored in the first ten (10) games with a new team (16 – 2007); youngest player in NFL history to record his 100th receiving touchdown (29 years old); Most receiving yards before his 30th birthday (10,700 yards); and most offensive touchdowns in the first two seasons of a player’s NFL career (28).  His 156 touchdowns rank second in NFL history only behind the great Jerry Rice.  Randy capped off one of the greatest NFL wide receiver careers by becoming a first-ballot Pro Football Hall of Famer in 2018. 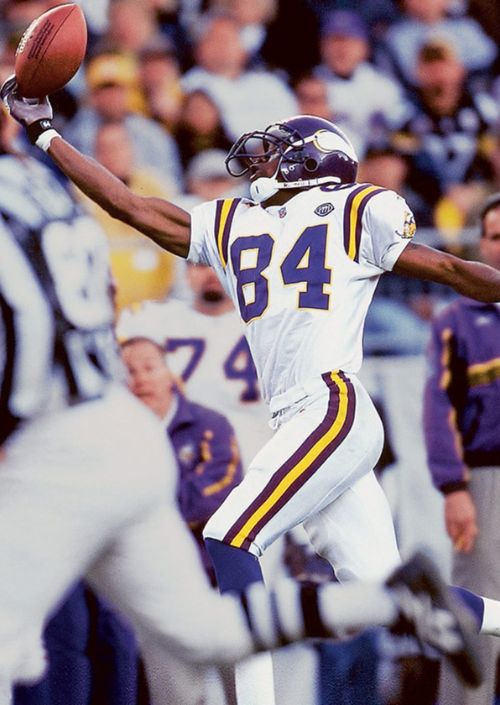